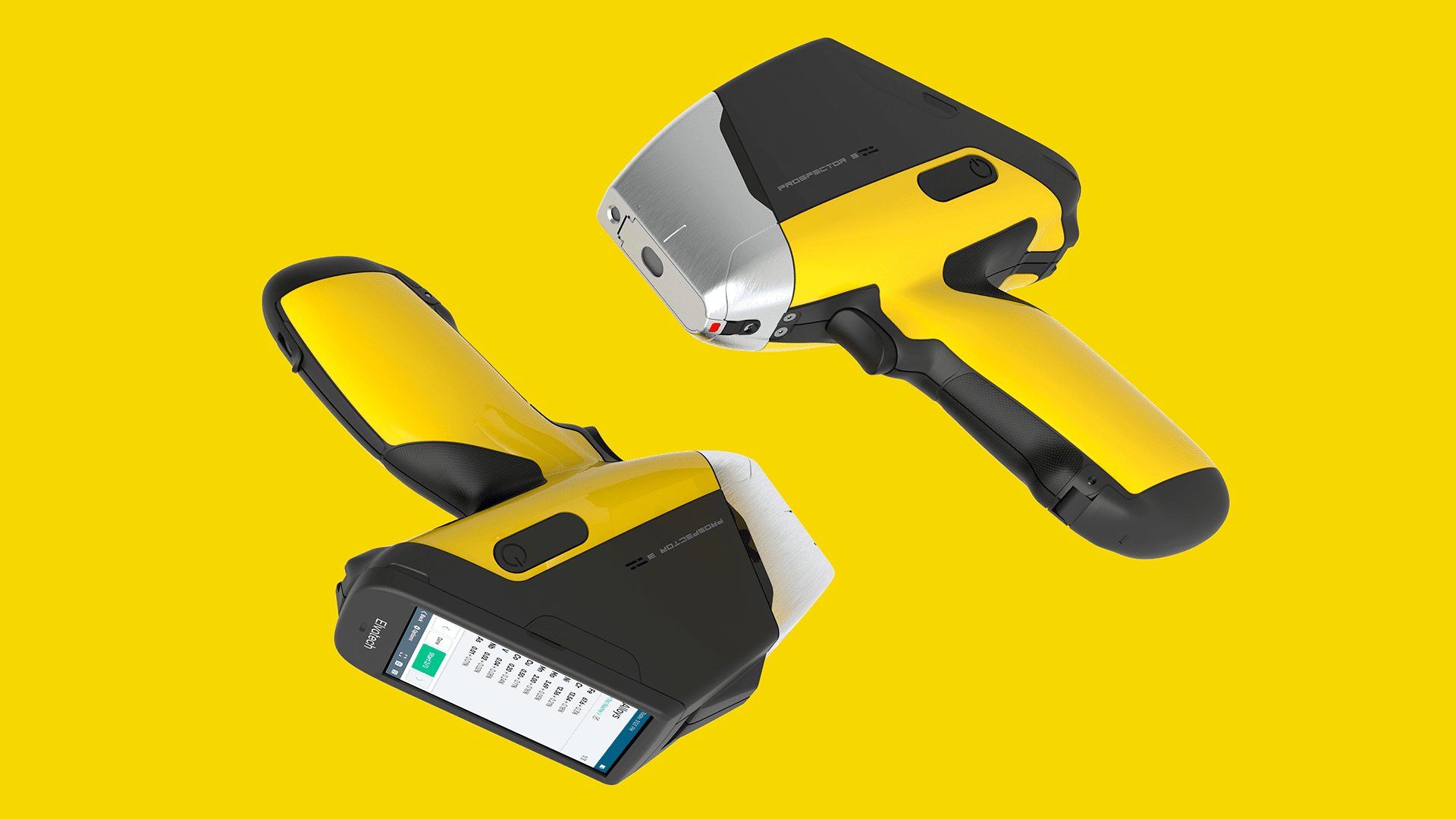 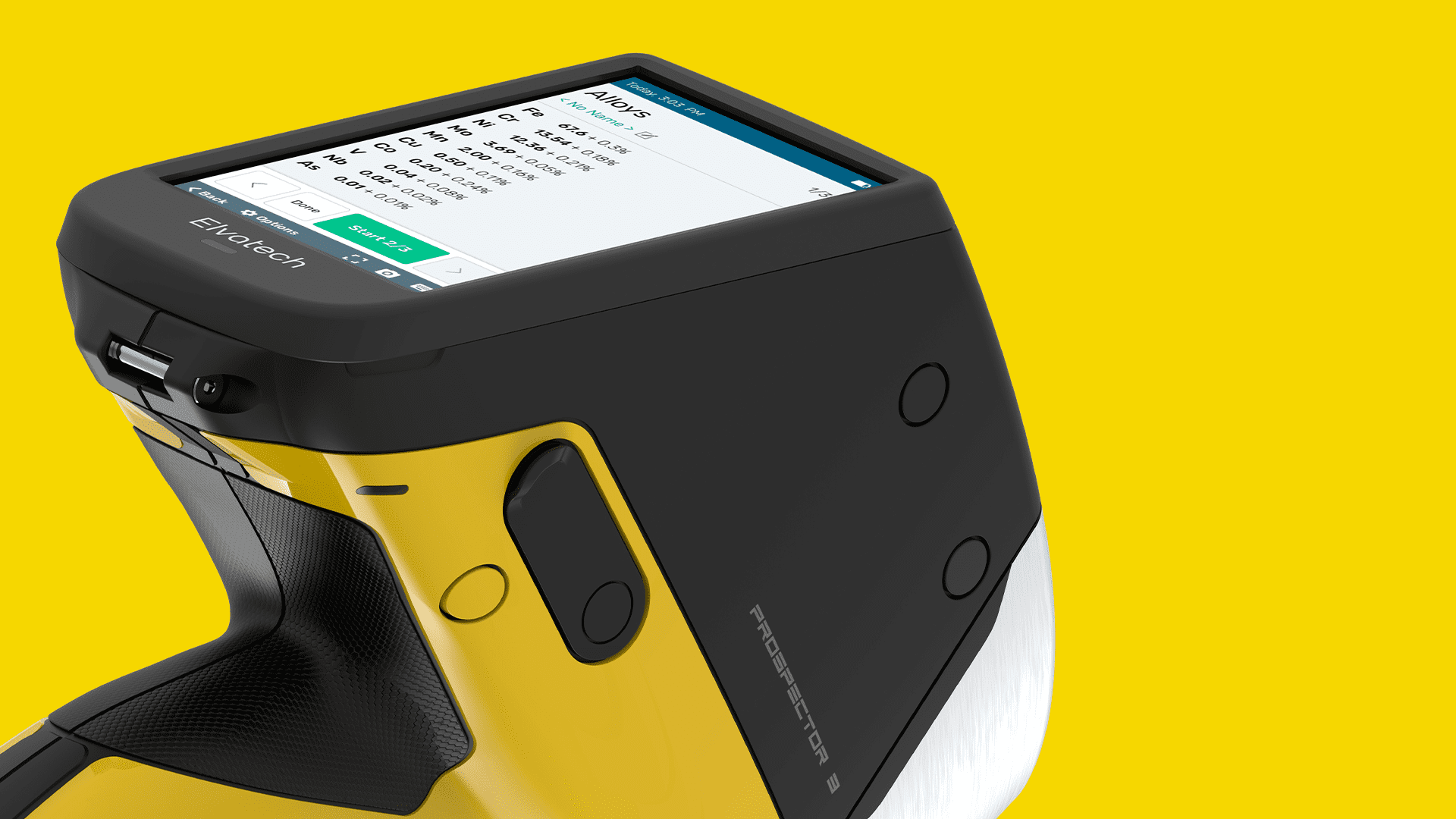 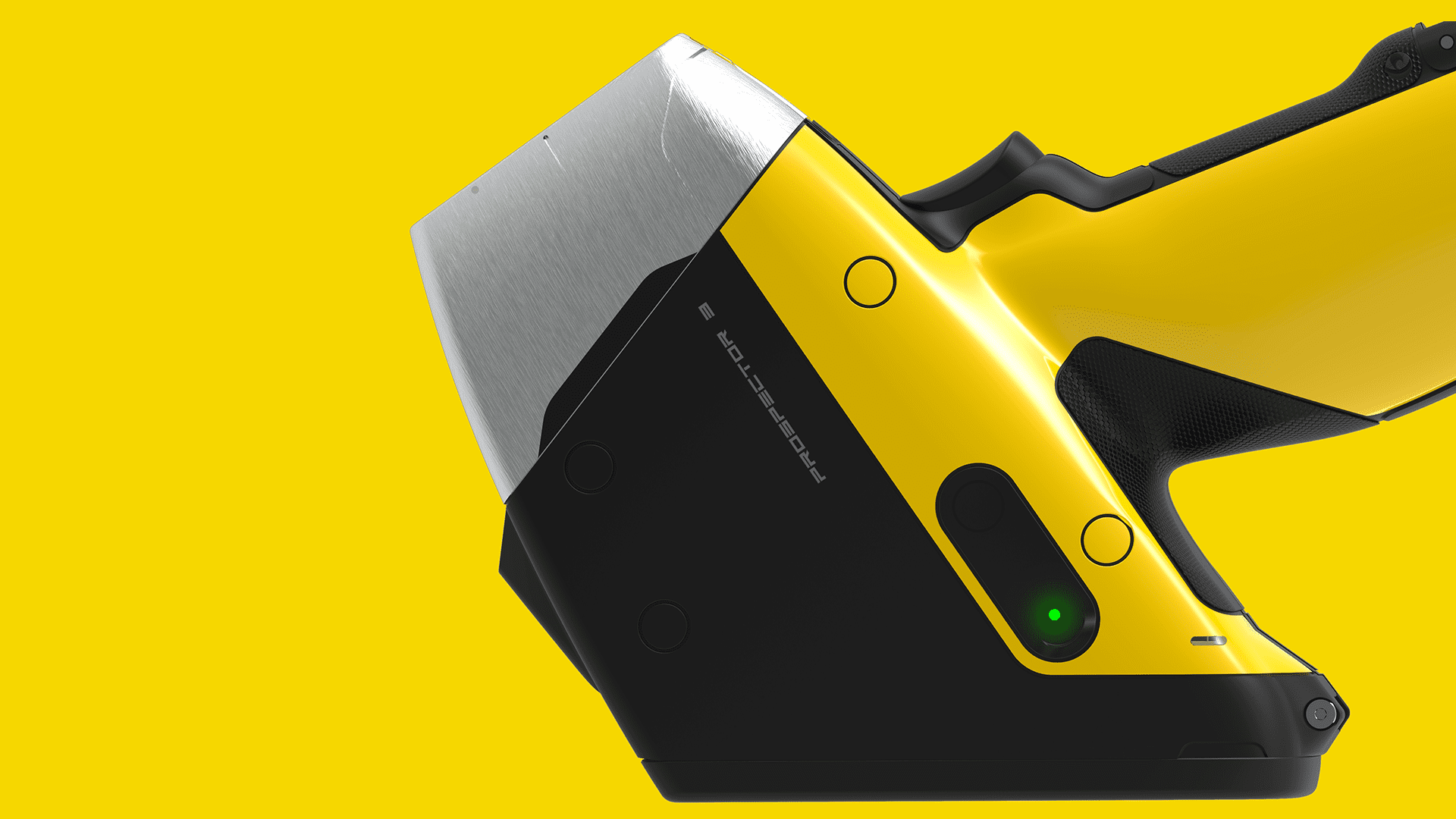 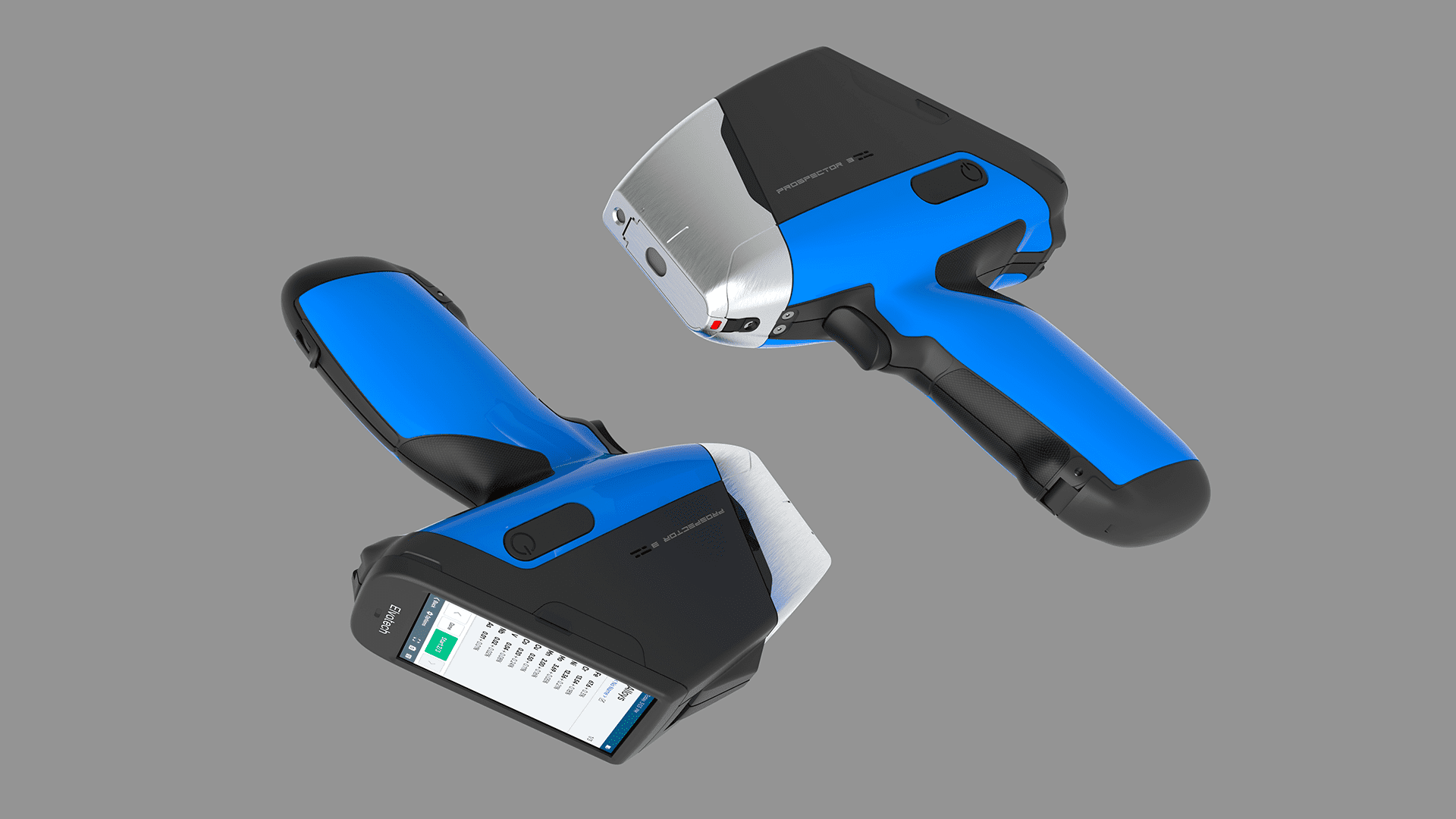 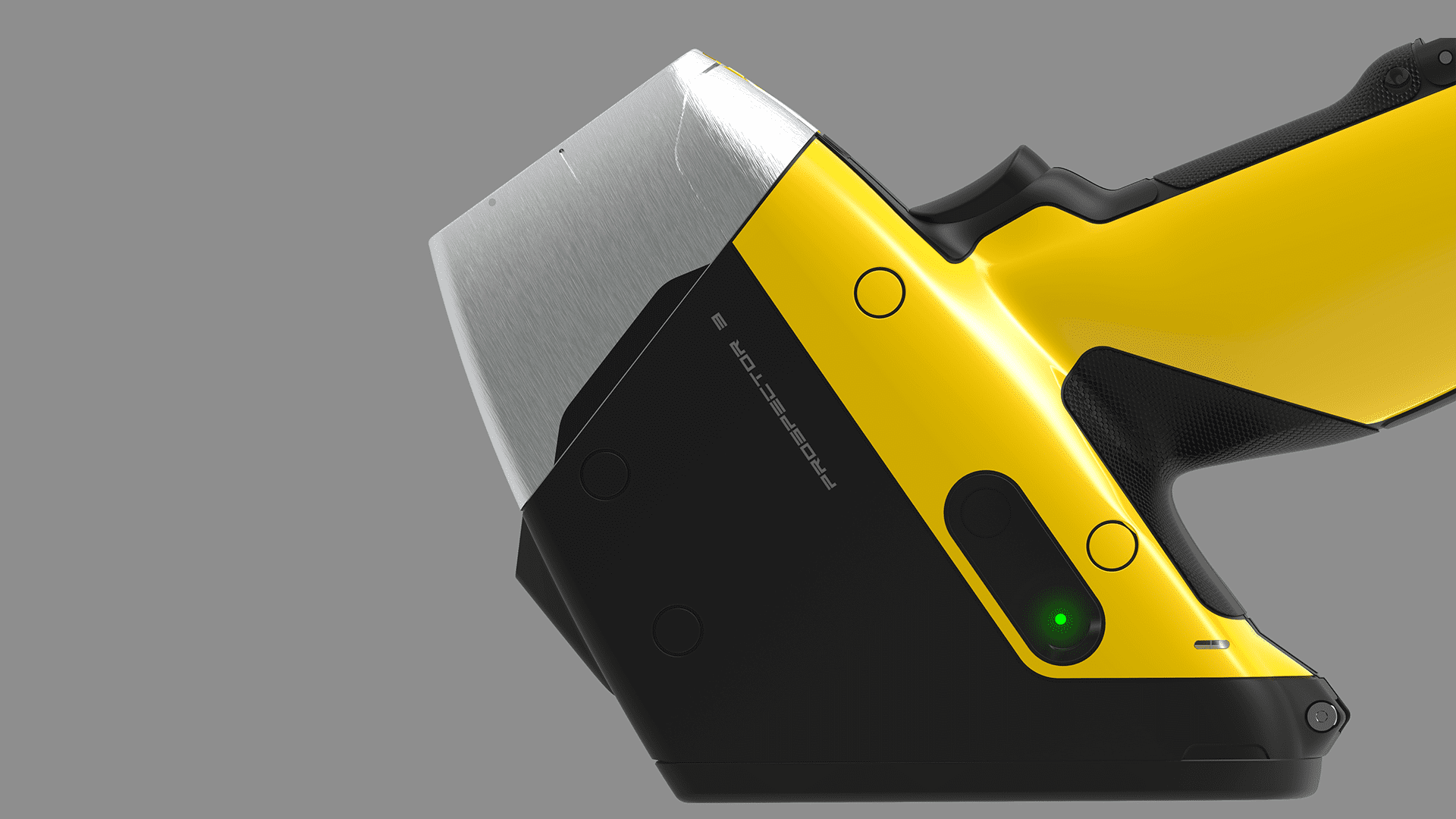 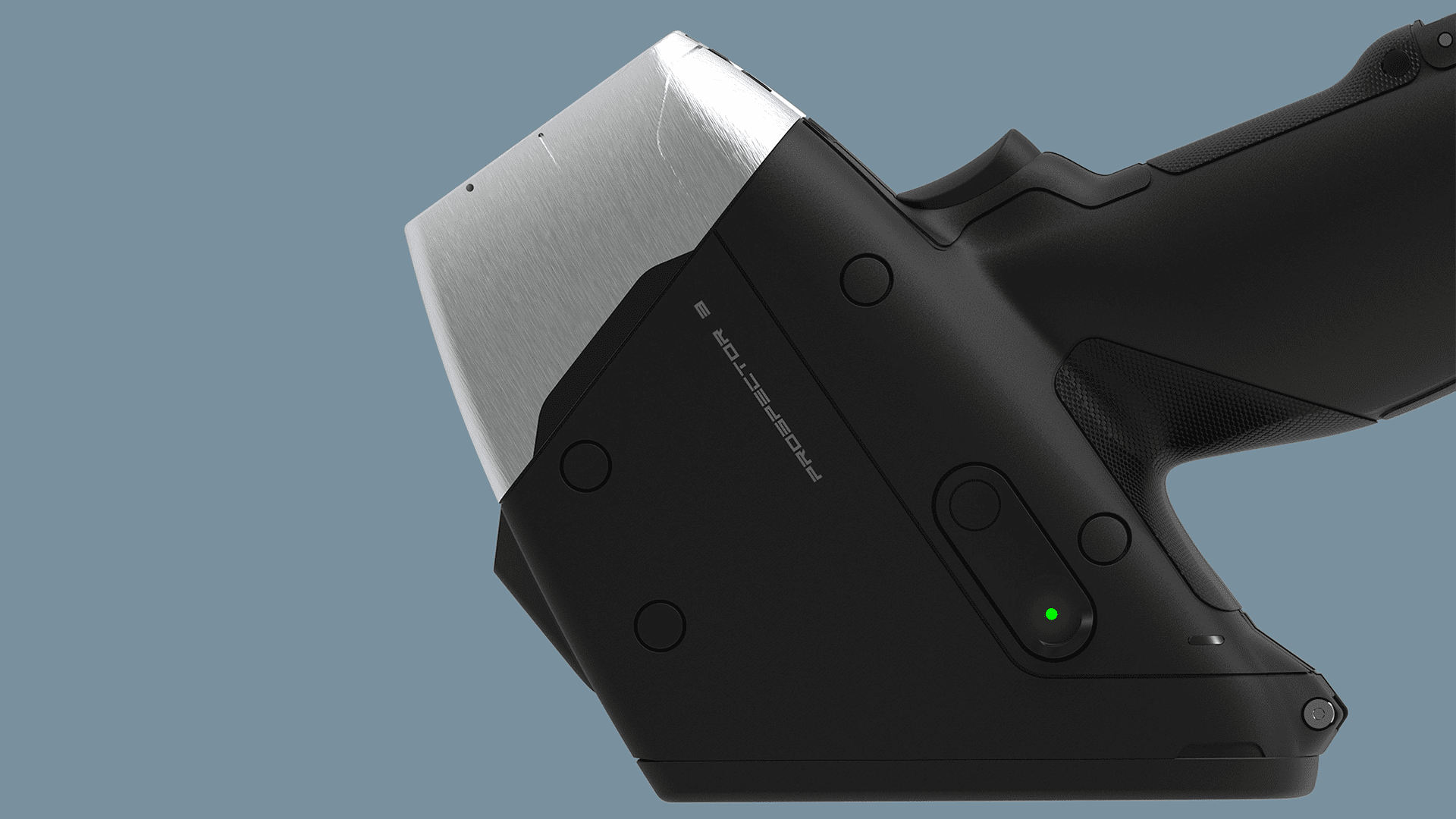 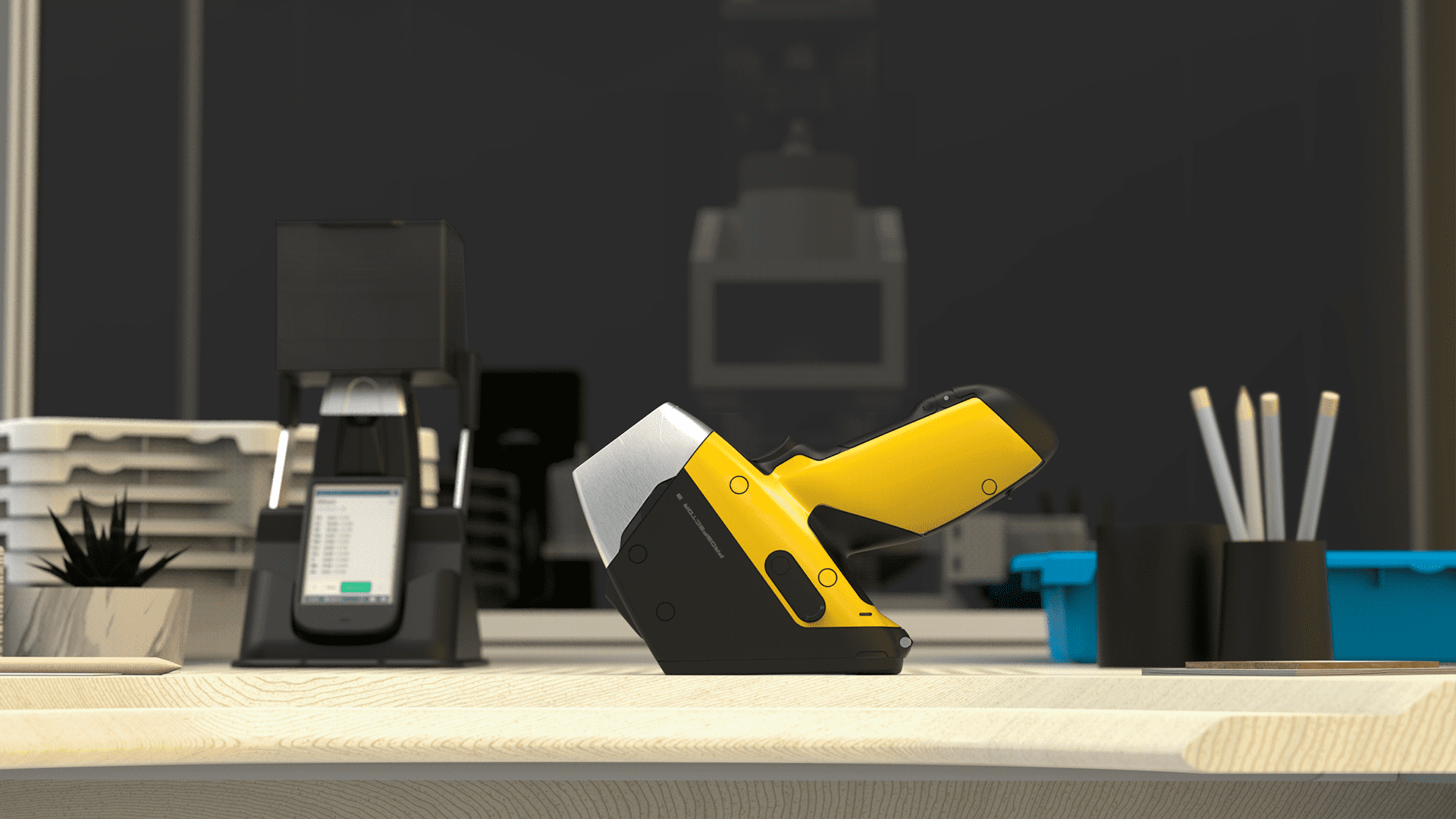 In this project, we paid much attention to the stage of industrial design.

The client voiced the basic requirements: modern design, small size, reliable construction. The design in all senses had to outpace the existing devices in the Western market at that time. A separate stage of development was the study of similar products and analysis of their design. Particular attention has also been paid to safety when working with the device since undefined it is associated with radioactive radiation.

The development envisaged that the product would have a relatively complex design and high selling price, so we gave the highest priority to the search for the basic design concept. The primary goal in terms of design was to get into the trend of shaping and overall style of the device, as well as the mandatory implementation of all the main functionality.

In the process of developing industrial design, we encountered the following difficulties:

1. Small width of the device. It turned out to be too small, it was difficult for the designers to fit the whole difficult package of emitters and electronics and at the same time to implement a high level of moisture protection. It was necessary to process electronics many times that as a result allowed to contain all elements in the declared sizes of the case

2. Requirements for the protective properties of body parts were inflated, because the device was not used indoors, but on the street. The size of the device could not be increased as well undefined the functionality of the device was partially tied to the optics (such devices are not recommended to shake and hit). In this regard, it was decided to equip the case with a seat belt, which when used would be worn on the hand and eliminate the possibility of falling the device. Also included is a box with a soft seal for safe transportation and storage

3. Ring indication on the nose of the device. The initial design of the display unit on the bow provided the possibility of signaling radioactive radiation at all angles. This design was the most functional and previously unmatched by competitors. However, the development team failed to provide moisture insulation of such a unit and maintain manufacturability during production. So I had to change this design solution to a more conservative one, leaving 2 large lamps on the sides of the device. The design has been updated, but the image of the device as a whole is not affected

4. The design of the battery cover. It took undefined several iterations of the lock on the battery cover before a compromise solution was found for ease of opening with one hand, reliability, and appearance

5. Three-component casting of main parts. The design of the device handle had to be redesigned to match the injection molding technology

As a result, the chosen design concept fully met the original design request and had a promising design that allowed to make the device as compact and mobile as possible. At the same time, it would be possible to carry out "hot replacement" (replacement without switching off) of batteries, and also to turn the device into a stationary laboratory for the analysis of chemical elements by means of the auxiliary stand. undefined

In general, the implementation of this project took 3.5 years.

Our contribution to the project development: