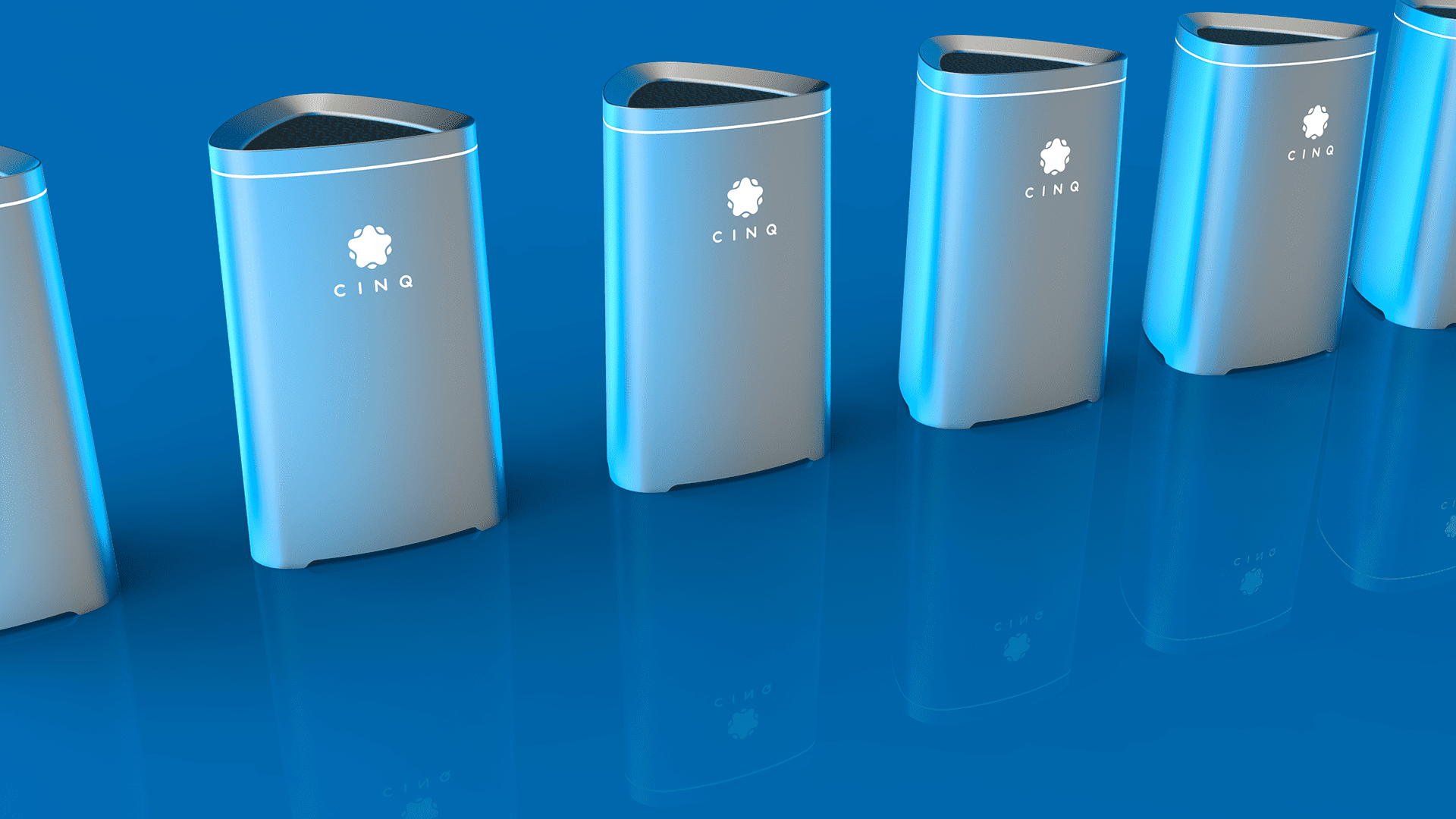 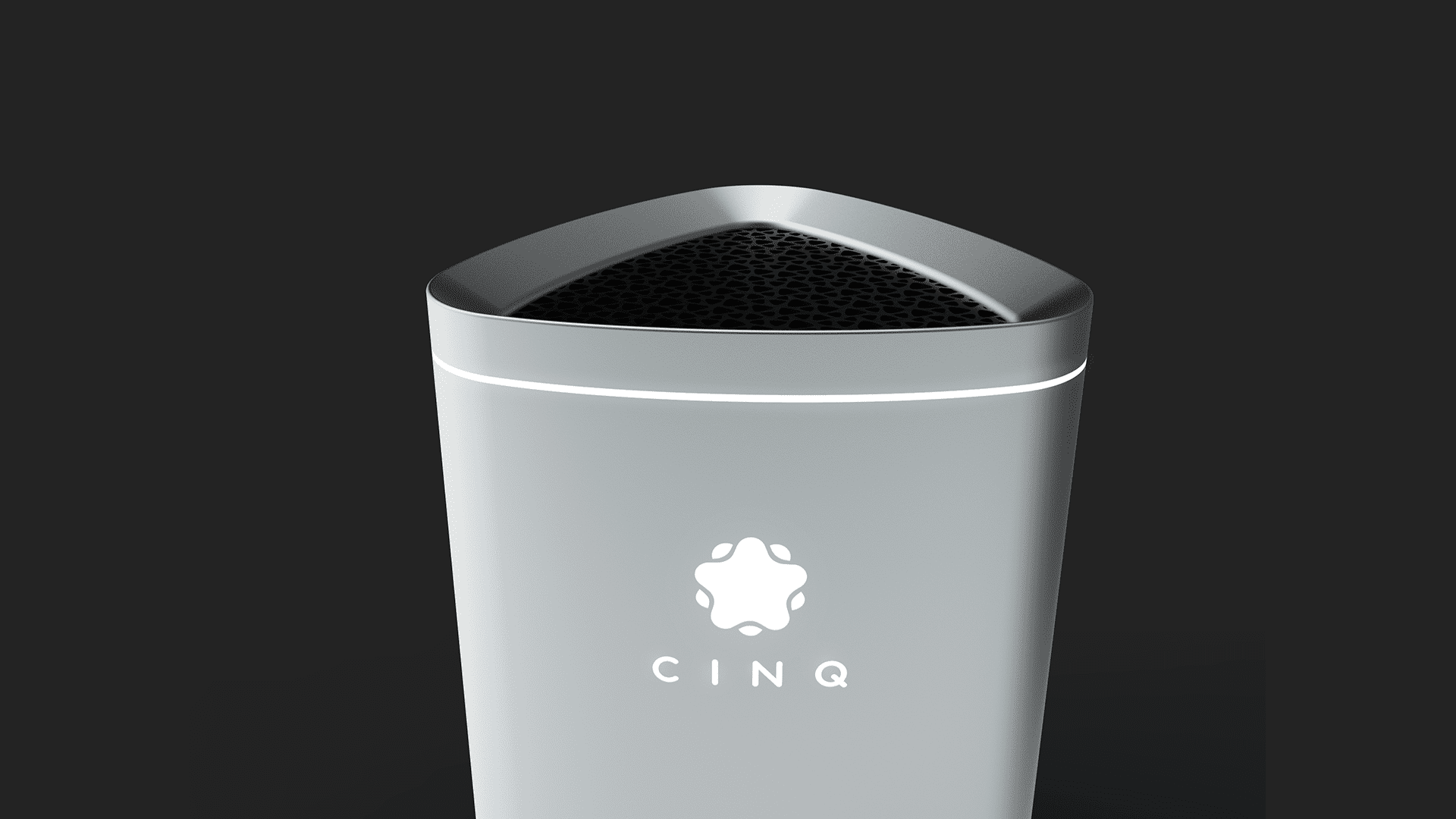 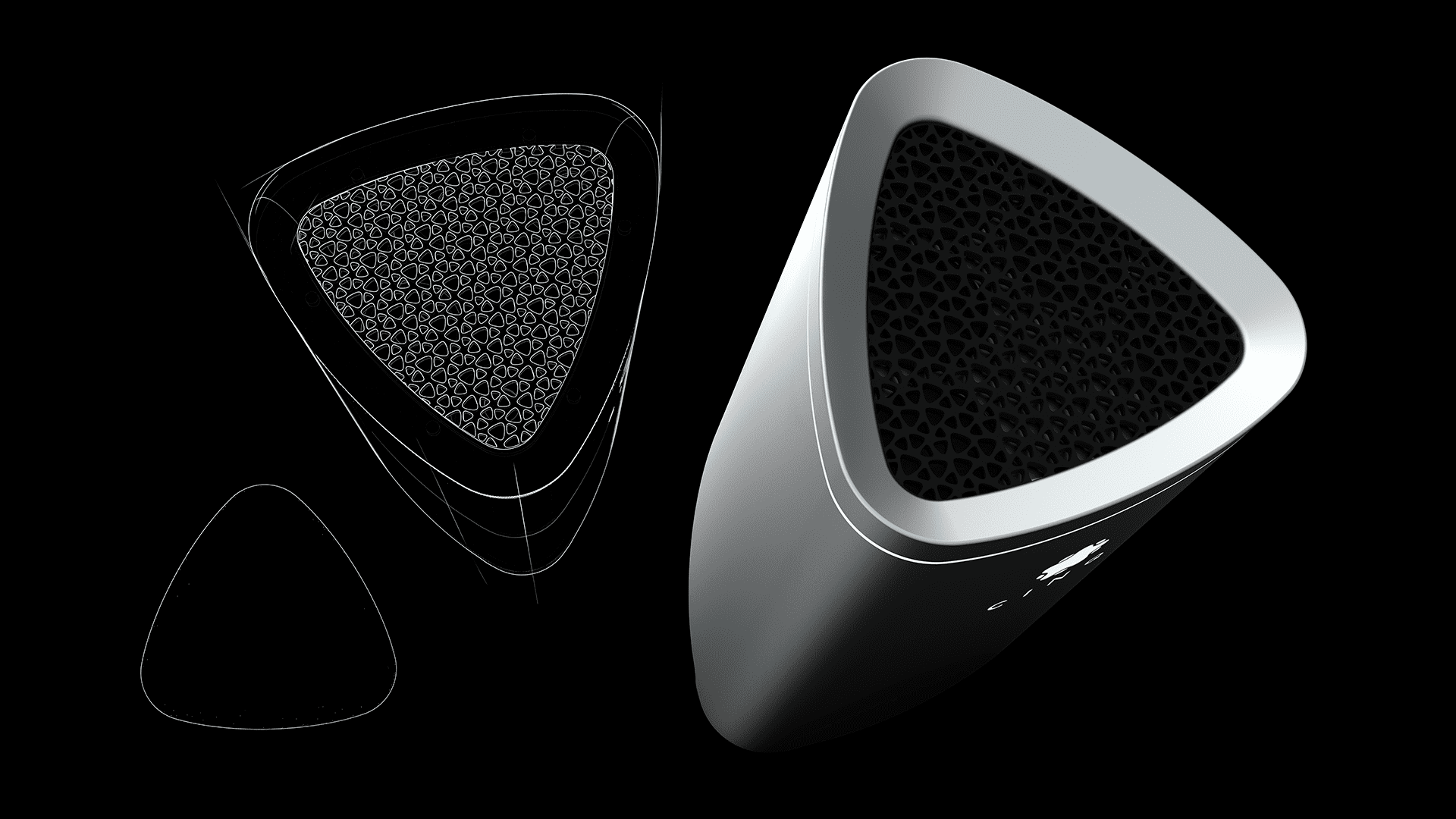 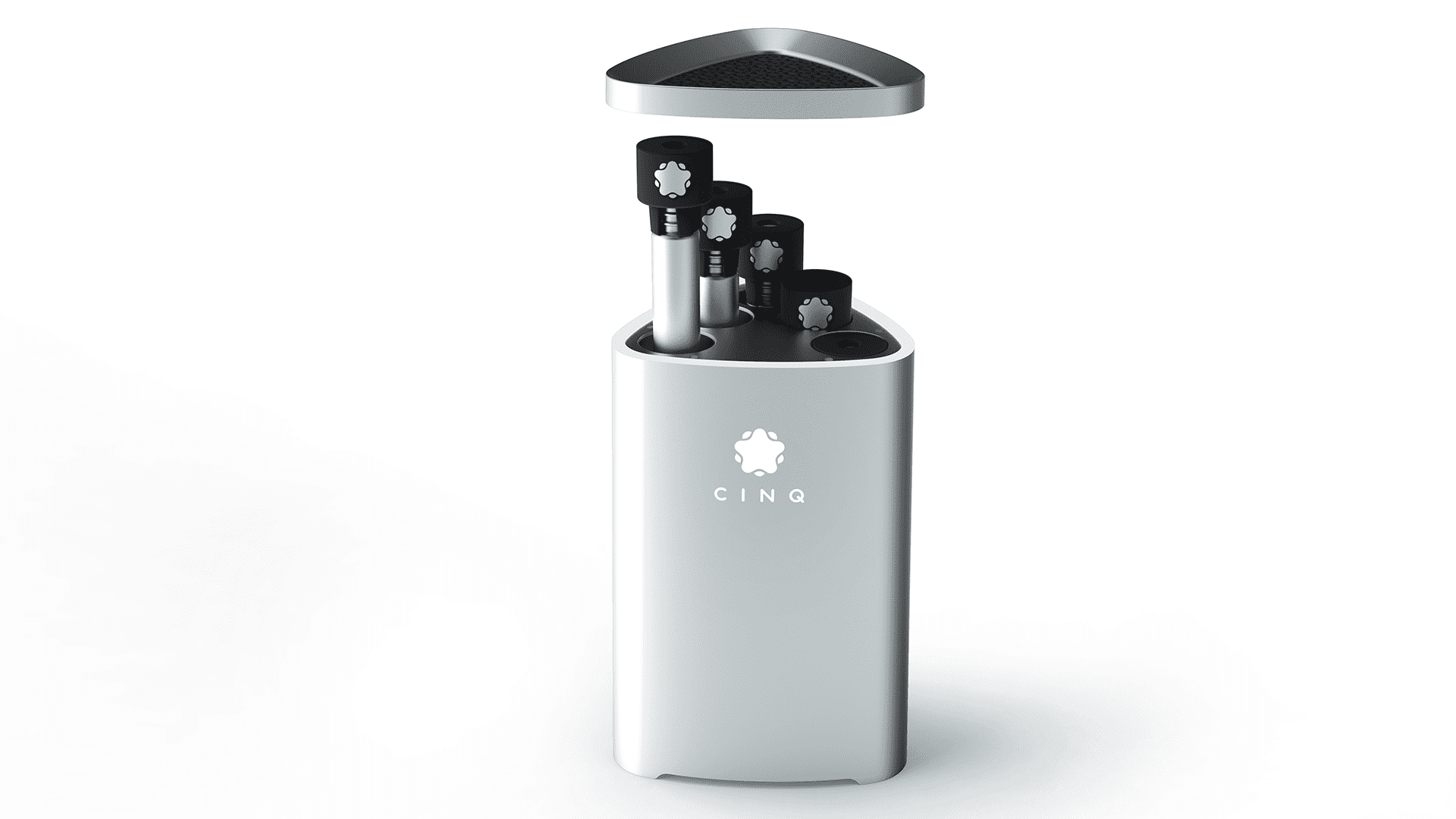 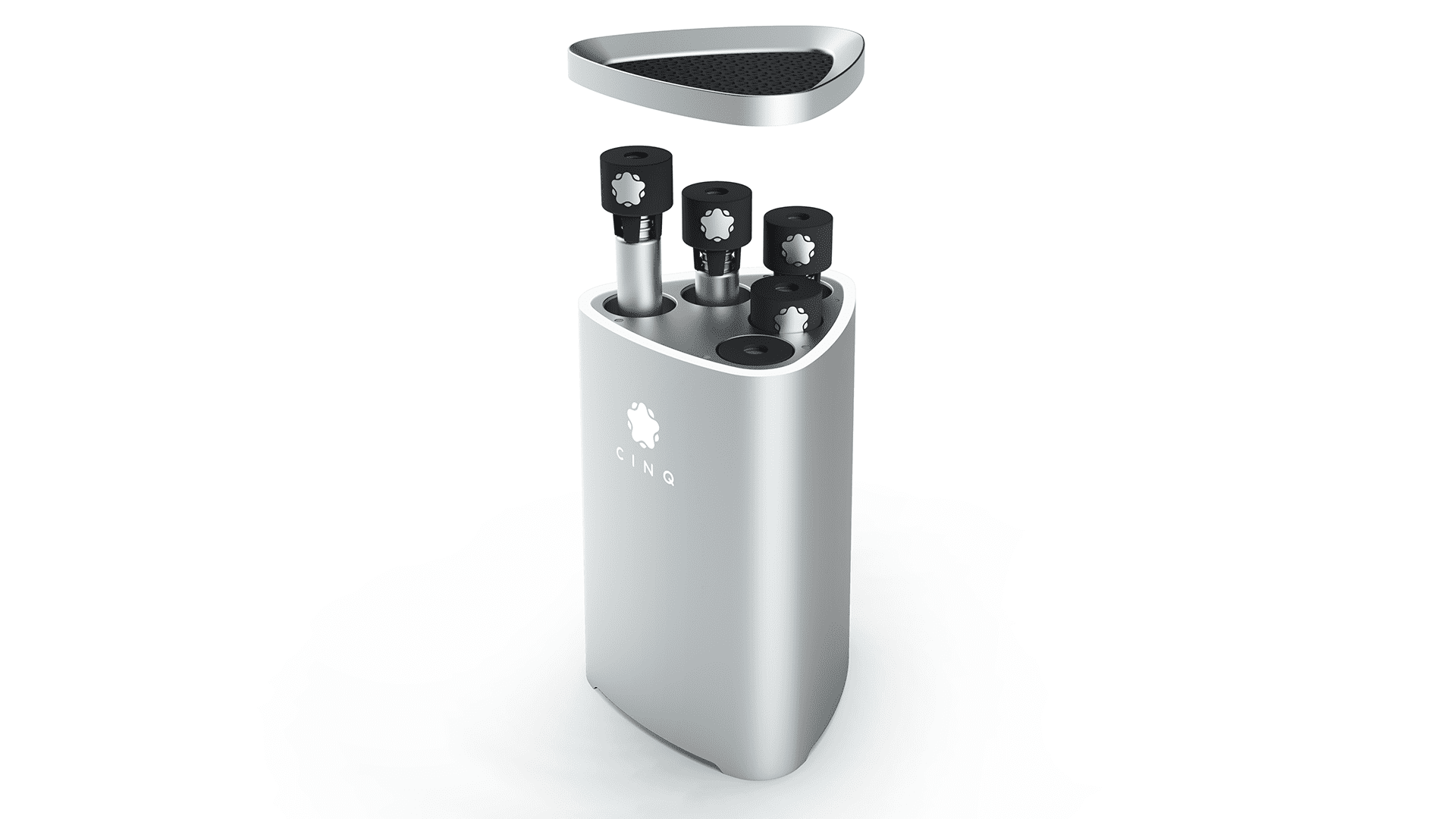 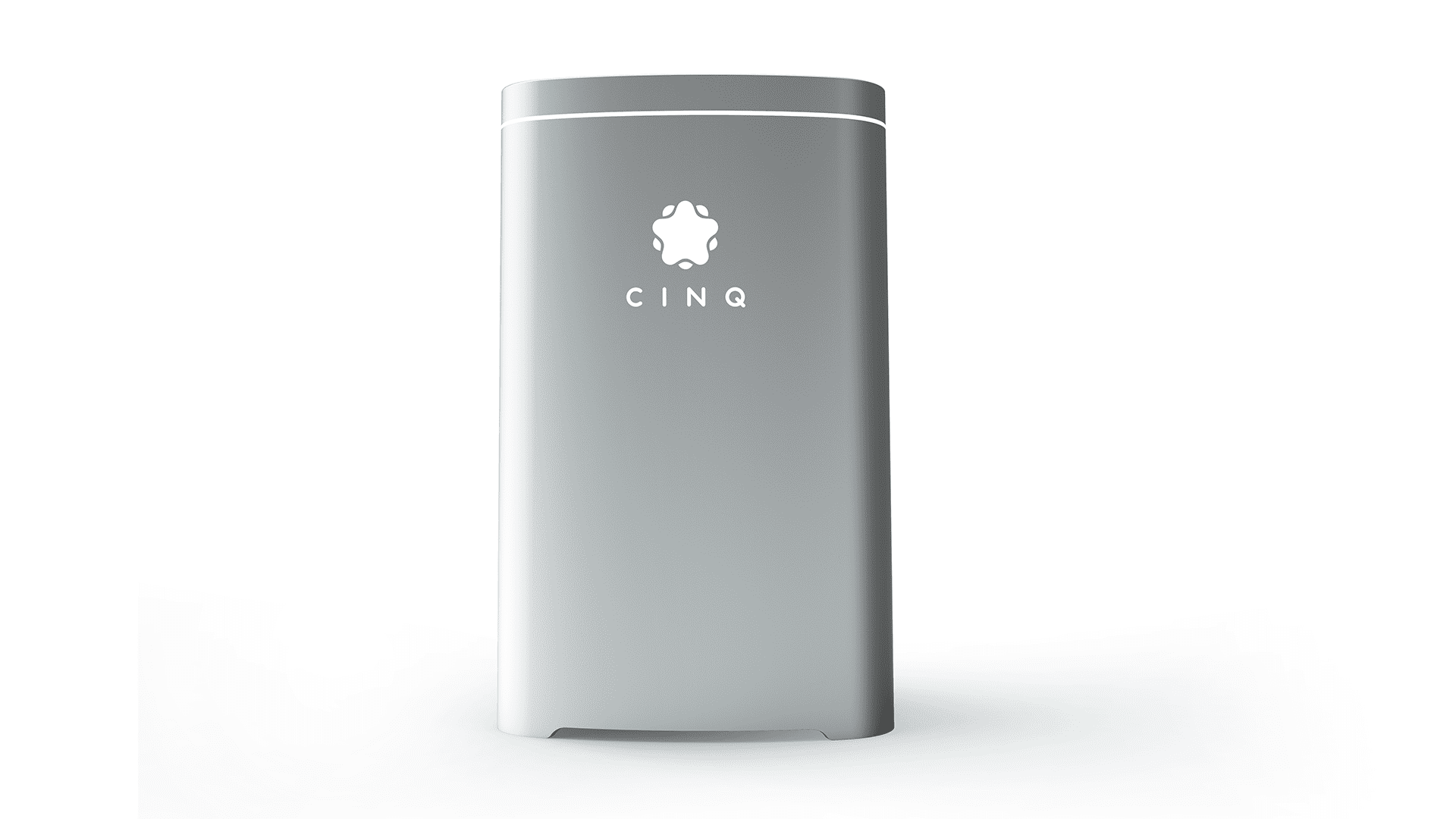 Description of the project

Cinq is a device that allows you to create your own scent by combining a set of aroma diffusers with artificial intelligence.

We need to design good housing for 5 diffusers that mix flavors. Consider simplicity and information content when interacting with the object, including when replacing cartridges. Also, since the device is intended for use in homes, it must fit into various interiors and not attract too much attention, be modern.

We considered different, including the most insane ideas. We took into account the needs of potential clients - women, for whom a personal fragrance can be an addition to the ecosystem of a smart home.

As a result, the design concept we settled on was chosen for aesthetic reasons as well as the most attractive and convenient use case.

Devices of this type are always rectangular or cylindrical. And Cinq is a triangle defined this is a striking figure that is well remembered. In doing so, we have rounded the edges, creating the image of a soft triangle.

In the lattice, we repeated the shape of the entire device. This creates a homogeneous form of language. The soft triangle is repeated several times in the geometry of the device. Also, the geometry is created in such a way that the borders of the triangle flare with elegant lines.

The main difficulties faced by the developers were:

In general, the work on the project lasted 3 months. During this time, we have developed two 3D models, developed 1 design prototype, and 100 test functional prototypes.

Our contribution to the development of the project: